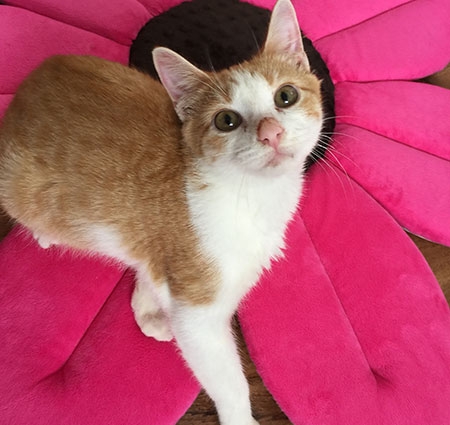 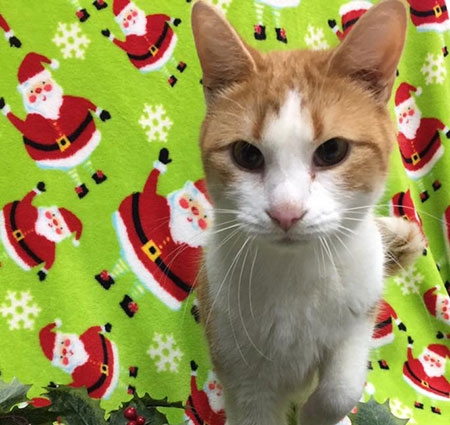 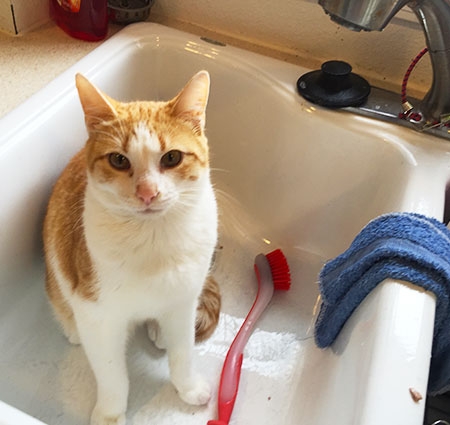 Corky came to us from a shelter in Huntsville, AR. Someone found him and turned him into the shelter. He was sick with an upper respiratory infection and had ringworm everywhere, but it was clear something else was wrong with him. His eyesight was poor and his front legs would knuckle under. But the shelter didn't give up on him. Once he felt better, they tried to find him a home. Unfortunately, no one stepped up so we welcomed him to our Sanctuary.

Our vet determined he has Cerebellar Hypoplasia (CH) with Optic Nerve Dysplasia likely caused by his mother being vaccinated with the modified live virus or she had the panleukopenia infection while pregnant. Fortunately, neither of his conditions is very serious and won't get any worse. He has some vision, enough to get around just fine, but his balance is poor. So if he jumps, he doesn't always land where he wants. We've added cushioning next to his tiny condo so he doesn't hurt himself. Fortunately, none of it seems to faze him at all. He's a very happy, lovable boy who loves to be carried like a baby and smothered with smooches. We oblige him regularly!

Watch a video of Corky.