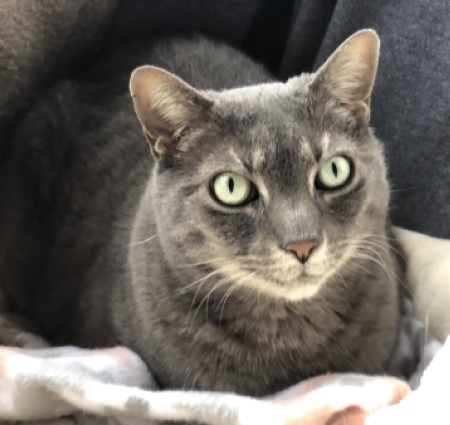 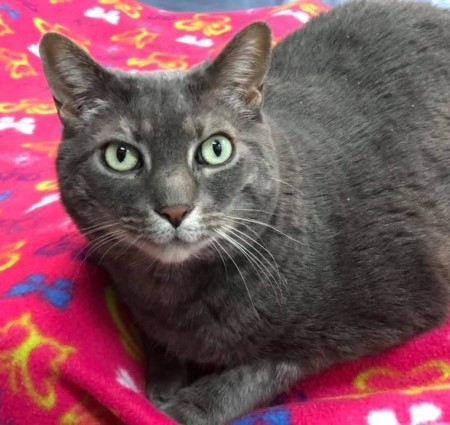 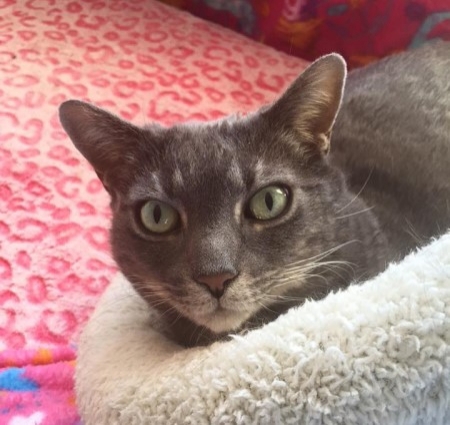 Evie and her sister, Luna, were the last of a large group of cats & kittens rescued from a horrible hoarding situation in Austin. While all the other cats were adopted, Evie became too stressed at the shelter and began losing all her fur. She was simply terrified. With no other options, she came to live with us. Evie is a quiet and sweet girl - a little shy and timid but oh so sweet. Usually she can be found hiding under the covers on the couch ... so watch where you sit!

Want to Sponsor Evie? Click here to become a Sponsor.