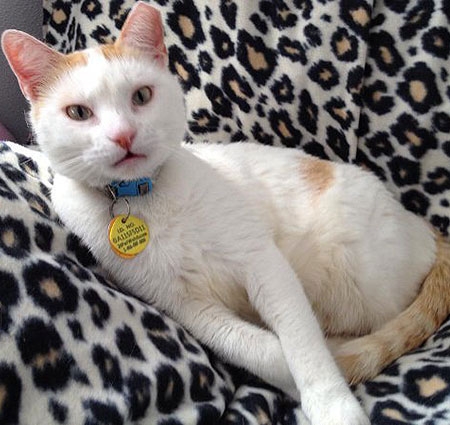 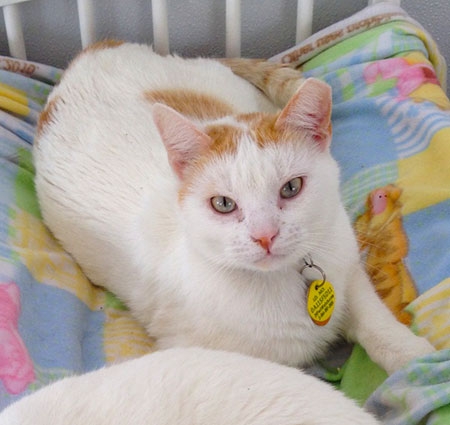 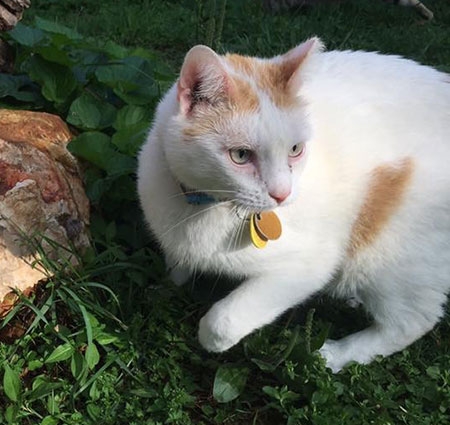 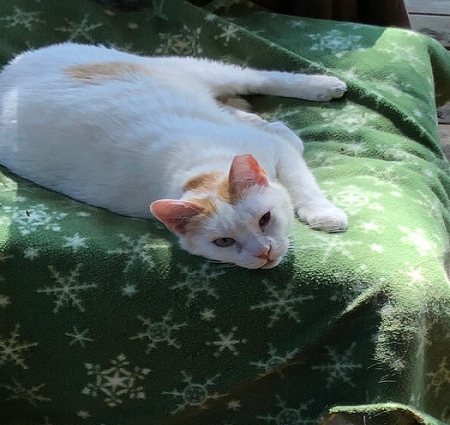 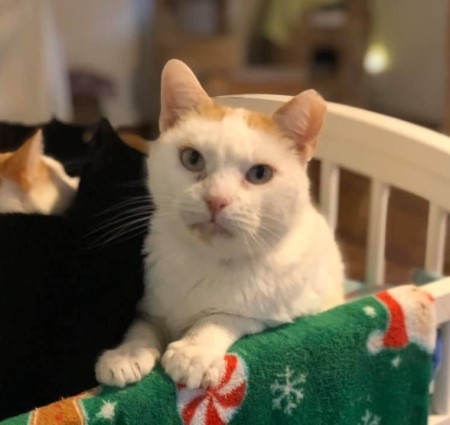 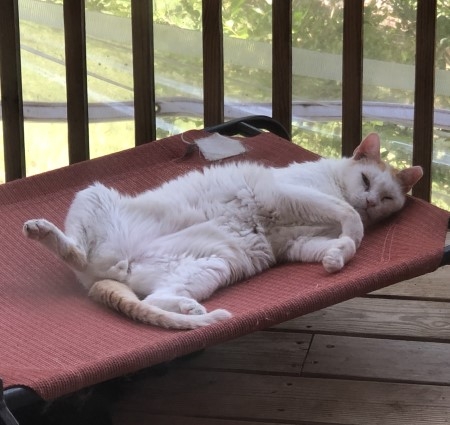 Meet Jack. We call him The Mayor or Dad. He's never met a person, cat or dog he hasn't loved. He's the Welcoming Committee for any new residents and makes them right at home. He took Buddy under his wing when Buddy was just a tiny little guy and showed him how to climb cat condos, beg for treats and play wrestle. Funny thing is he looks like a mirror image of Jack! Jack has an awesome personality and is always up to be carried like a baby or over your shoulder while he gives you head bonks. He's one mellow dude. Jack came to us from a shelter in Austin where he had been adopted out twice and both times returned, due to no fault of his own. The second time he was returned, he tested positive for FIV and was minutes from being euthanized when we rescued him. We love his sweet disposition, as do the other cats of the Sanctuary.

Watch a video of Jack.