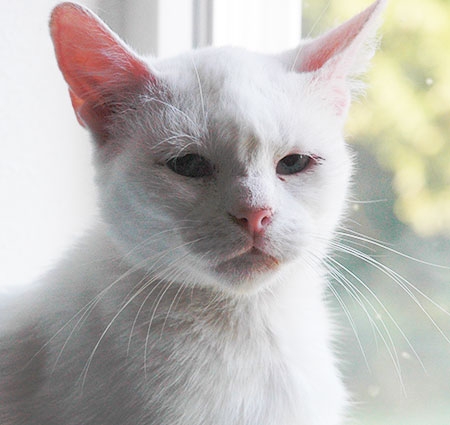 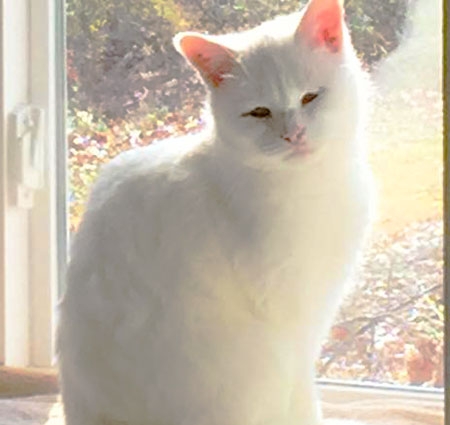 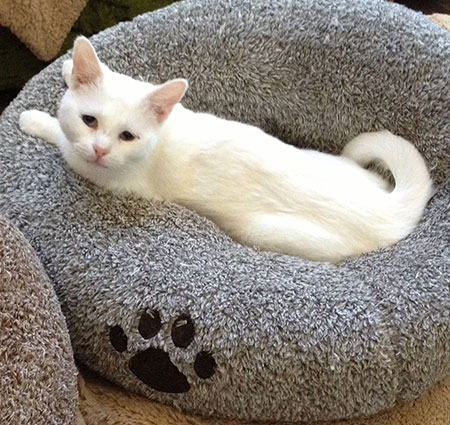 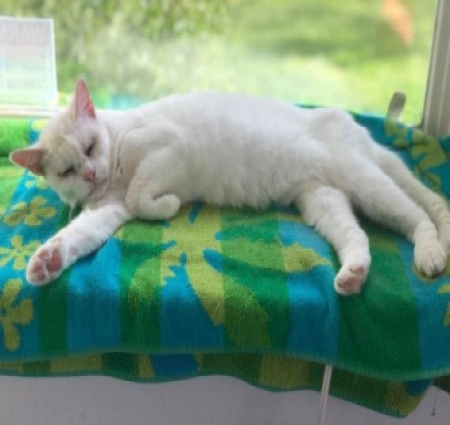 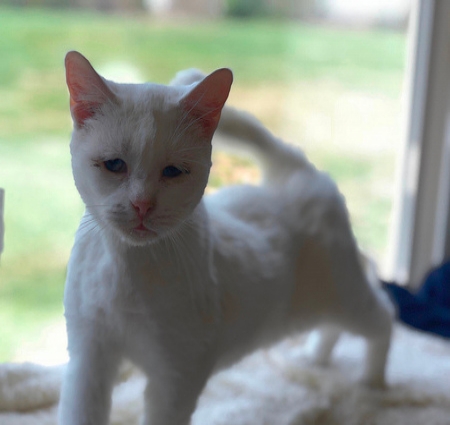 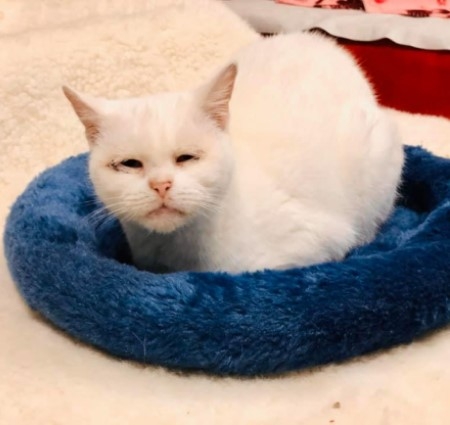 Sometimes a cat is just meant to be here. Loola had originally been trapped at a dilapidated trailer where cats were living in the walls and inbreeding. All the cats there were white and some had genetic issues like deafness. Other than being small for her age and having squinty eyes, Loola seemed to be okay. She was fixed, microchipped, and relocated to a new colony.

Fast forward a year and who gets trapped again? Yup, Loola had turned up at a nearby apartment complex where someone was feeding her. They were concerned about her as she appeared to be blind. The original trapper asked if we could take her as he was always worried about her. We agreed and she became a resident of our sanctuary.

Loola's our perpetual kitten, staying forever tiny and so adorable, despite her shifty-eyed stare. She's really not judging you, she's just trying to figure out if she should move closer so you can pet her. She has a sweet lower lip pout that just adds to her cuteness. She's been with us for several years and is now completely tame. All it took was lots of love and a little patience.

Watch a video of Loola.