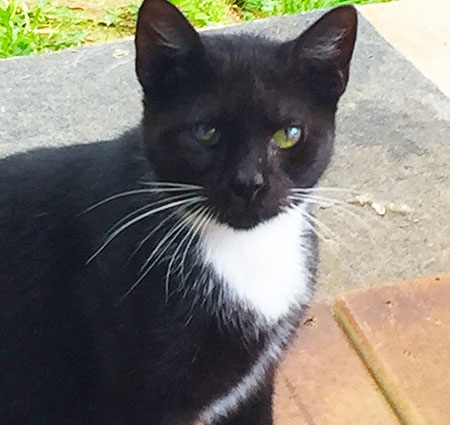 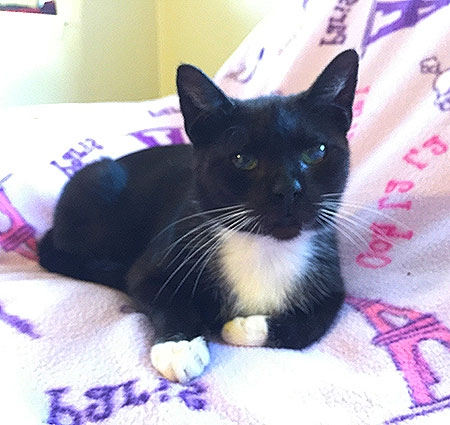 Miss Muffin came to us when a feral colony caretaker found her coming to eat and discovered she was likely blind. During her spay surgery, the vet discovered her eyes were cloudy but she could likely still see. Her limited vision would put her in higher danger of predators or being hit by a car so she came to live at the Sanctuary. She's still very skittish but lately she's been coming around with the other cats when we hand out treats or snuggles. It's probably just a matter of time before she realizes we mean no harm and attention from the humans is a good thing. We keep telling her we used her likeness on the Sanctuary logo but she doesn't seem impressed.