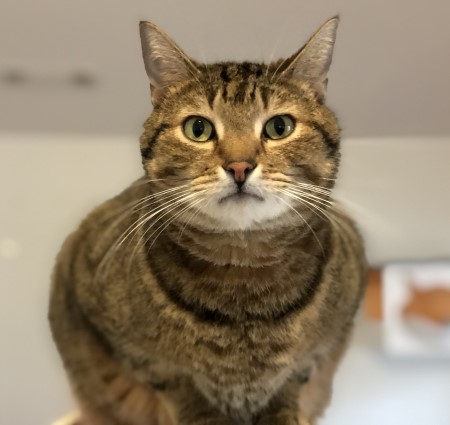 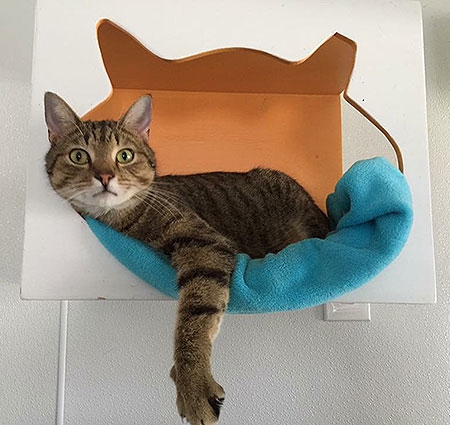 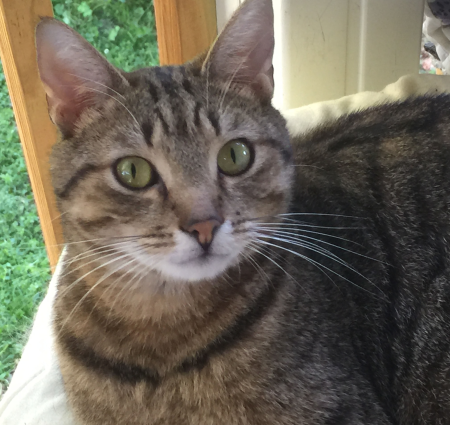 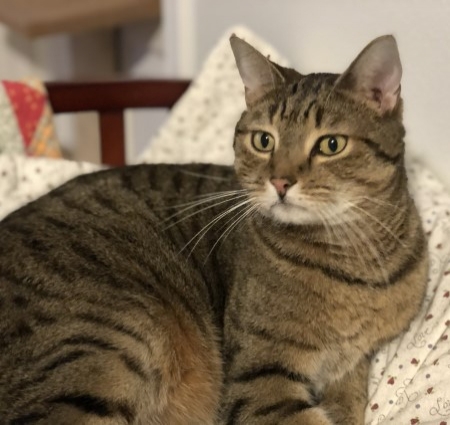 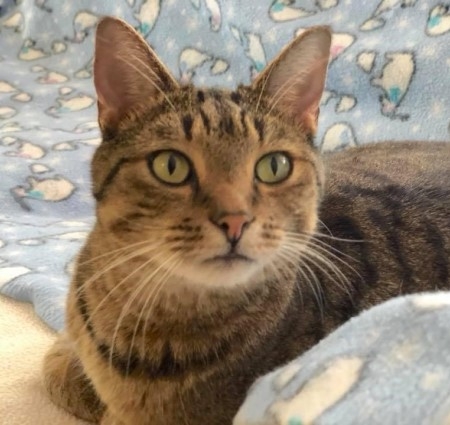 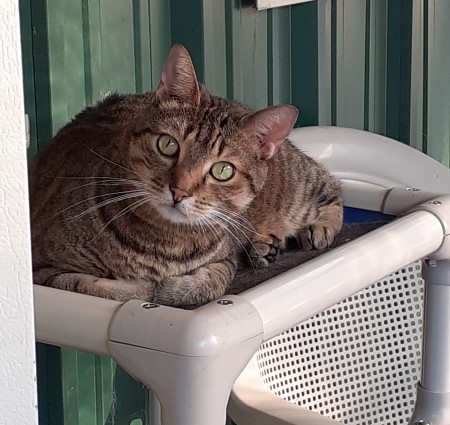 Nacho came to us in 2015 from a local shelter. He was brought in with a horrible wound to his tail, likely caused by a dog or other predator. After spending a few days at the vet getting his tail partially amputated, he was also discovered to be FIV positive (FIV+). Due to the publics' misunderstanding about FIV in cats, many shelters have a hard time finding adopters and unfortunately, FIV+ cats are often euthanized. The shelter reached out to us to see if we could take this rambunctious little kitten. Fortunately, we had room for him and welcomed him into our sanctuary.

He is one of the snuggliest cats at the sanctuary. Just sit on the sofa and he beelines for your lap to give head butts before anyone else has a chance. If you stand, he wants to be held.

Nacho is still very much a kitten at heart. His favorite spot is on your shoulder where he can get a better view or stealing your eye glasses and running away with them! Nacho also likes to supervise his personal staff by jumping on our backs as we clean litter boxes (he has to make sure it's done to his high standards!).

He is a very social and curious cat who absolutely must know what's going on at all times. He's a sweet little guy who's never met a stranger and his stubby little tail just adds to his charm.

Want to Sponsor Nacho? Click here to become a Sponsor.