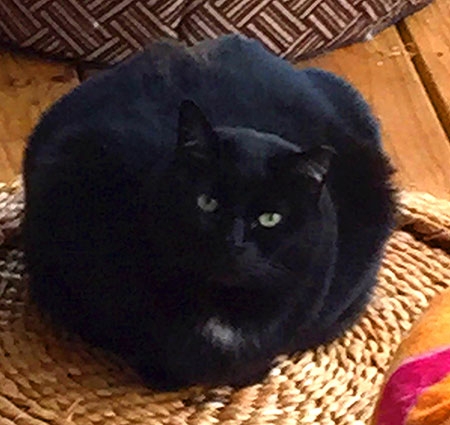 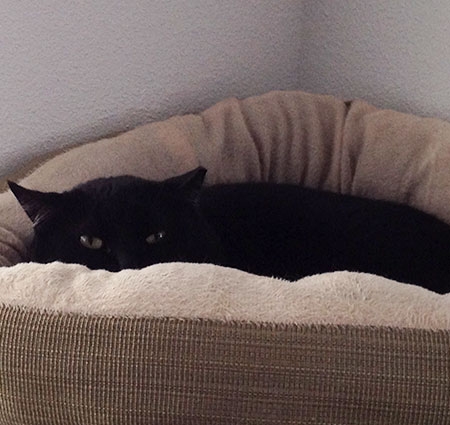 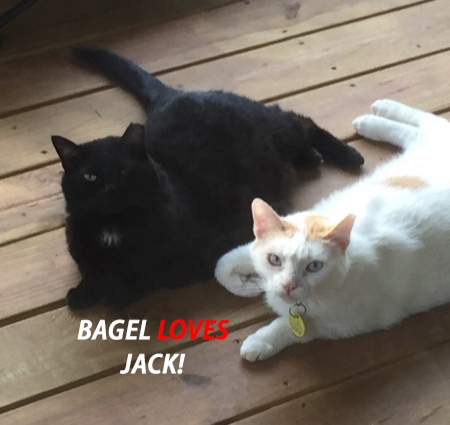 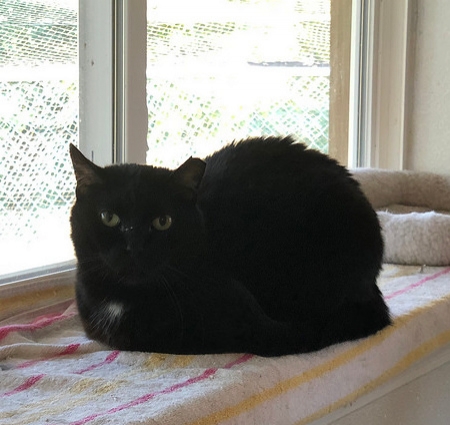 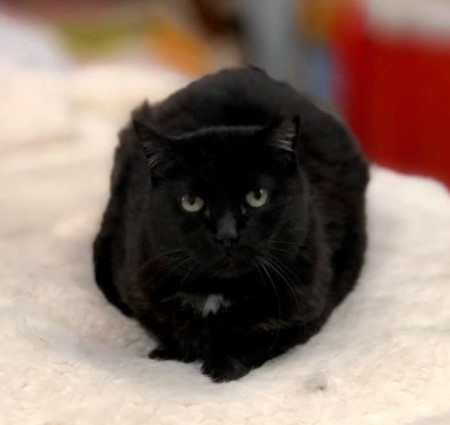 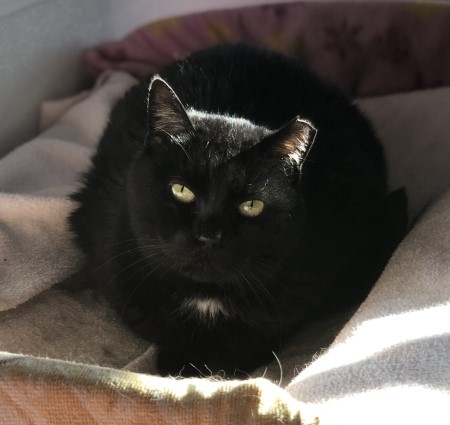 At the Austin Humane Society's Feral Cat Spay/Neuter Clinic, they would, on rare occasion, pull back the trap cover to sedate a cat for surgery and discover the cat was sitting next to a pile of newborn kittens. This was Bagel's story. With no foster available who had feral cat experience, the little family went to live at the sanctuary until the kittens were old enough for adoption. By that time, they had forgotten where Bagel had been trapped and were unable release her. So, she stayed with us at the sanctuary.

Bagel is still as feral as the day we met her, but she is now far more comfortable and with a steady diet, has grown a little in girth...hence her name. She still likes to mother some of the other cats at the sanctuary, especially the boys.

She is not a fan of the camera...or people. But we can get close enough for a quick photo if we make an offering of treats.

I chose Bagel because growing up my best friend was my solid black, extremely patient and tolerant, loving cat Sherlock. He meant everything to me, and we had him from the time I was two until I was a senior in high school. I miss him to this day.