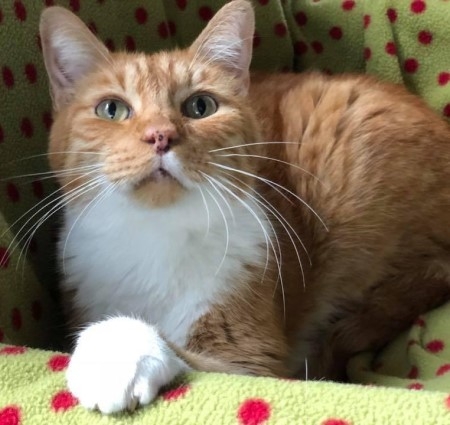 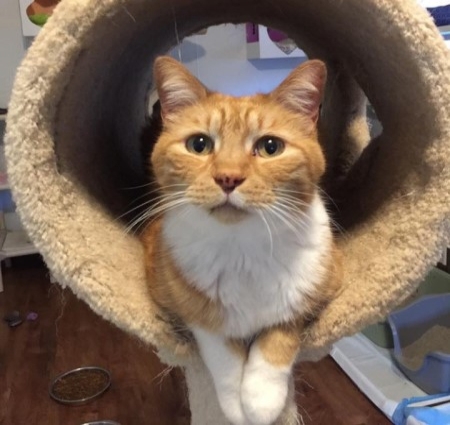 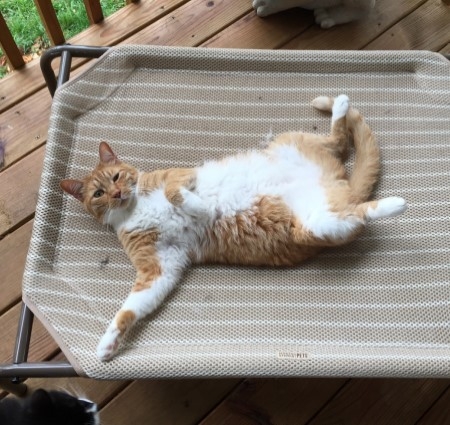 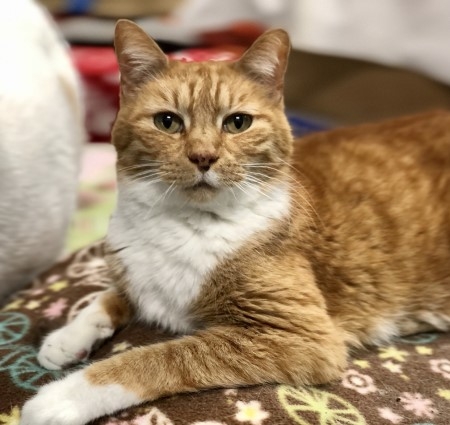 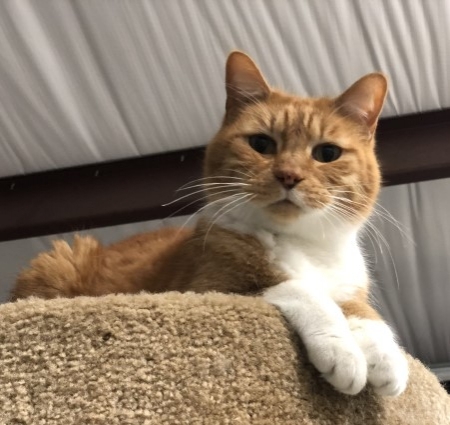 Henry was found as a kitten living in a decrepit home in East Austin, along with lots of other cats and kittens. He was trapped and brought into AHS for spay/neuter. While he was deemed too young for neutering at that time, he was at the perfect age to be socialized. The trapper was overwhelmed so he was brought into foster care. While in our care, we admit it ... we fell in love with his joyful personality. We couldn't let him go so he's a permanent resident. Sadly, while no new kittens appeared, none of the adult cats who were TNR'd on Henry's former street are still there. Henry is a testament to pulling young kittens into foster and giving them a chance at a long life indoors.