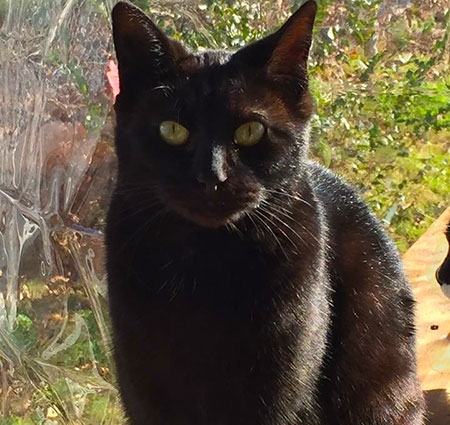 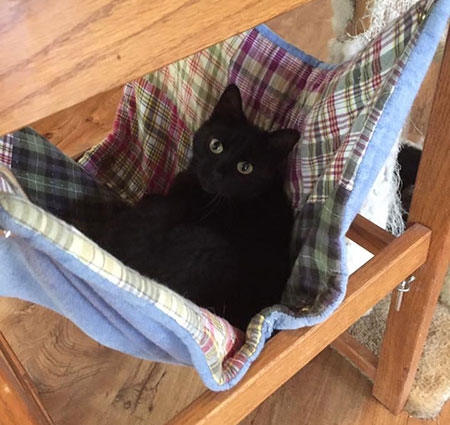 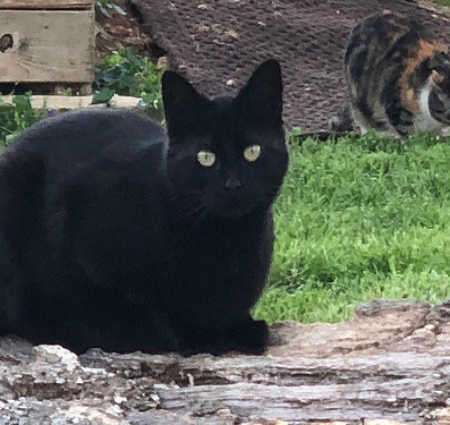 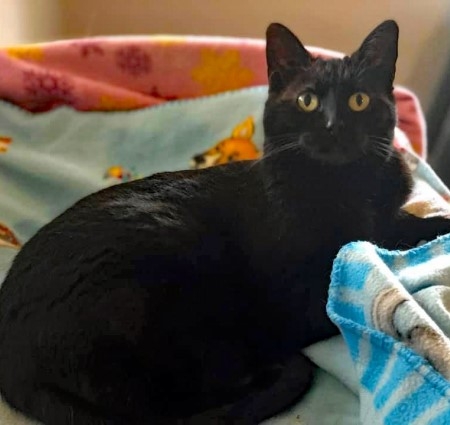 Lacey actually came to us all by herself. We suspect she was dumped in the woods behind the Sanctuary. We began seeing her on the back porch, eating from the food dish we leave out for the strays. She would let us pet her but as soon as she ate, she would leave and walk up the quiet road next to our house. It occurred to us that although she was very young, she might be nursing kittens. Sure enough, a week later, she brought her three identical, black kittens to the porch to show them where food could be found.

We had to trap all three kittens and they were already very feral. were absolutely wild but we hoped they could be tamed down and placed up for adoption.

We had to trap all three kittens and together with Lacey, were taken to our veterinarian for sterilization, shots and testing. All three kittens were girls and with the help of our Facebook followers, they were named Jasmine, Kali, and Raven.

Jasmine, Kali, and Raven were already very feral when we trapped them but we hoped they could be tamed down and placed up for adoption. Unfortunately, that did not happen and we were not able to fully domesticate them. For their safety, we decided it was best to incorporate them in with the sanctuary cats instead of releasing them back into the wild.

Jasmine, Kali, and Raven have all grown up to be absolutely beautiful girls. Lacey can usually be found snuggling with her babies. She still bathes and loves on them. It warms our heart that they remained together as a family and are safe living with us.