Forever in our Hearts Memorials
Date of Death:   Friday, September 01, 2017 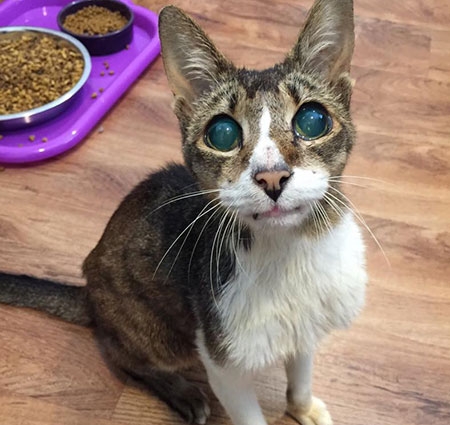 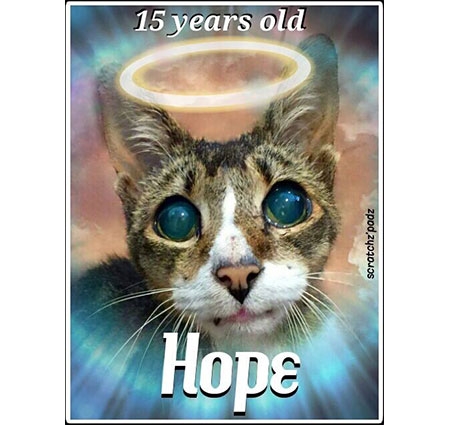 Hope came to us September 2017 from Ft Smith, AR. We were shocked at her condition when she arrived. She was completely blind and had been trying to survive on her own.

Hope was in bad shape. She was rail-thin and about 15 years old. Not only did she have a serious urinary tract infection, but both ears were horribly infected, the few teeth she still had were rotting, and she had a large lump on her head. Despite the pain and hunger, she was the friendliest little soul. Her purr was loud and enthusiastic. She greeted you with a rapid tail flutter and would place her head against your hand.

Our vet gave her a complete dental, cleared her infections and removed her lump. She finally started gaining weight.

We were devastated when only a short 2 weeks later, her appetite suddenly declined. Her kidneys had shut down. We had to make the heartbreaking decision to let her pass peacefully.

Our time with her was far too short. But she was deeply loved and we made her as comfortable as possible while she was in our care. We miss her so much. Rest easy, sweet baby.